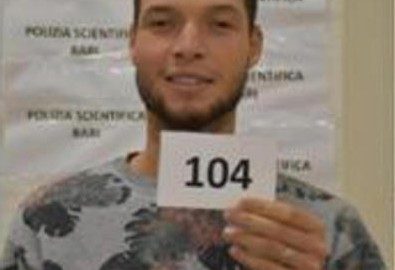 In the early morning of October 29th, 21-year-old Tunisian citizen Brahim Aouissaoui entered the Notre-Dame Cathedral on Avenue Jean Medecin in Nice, stabbed three people to death, and partially beheaded one of them, an elderly woman. The perpetrator was arrested by the police after being shot and wounded. Investigation revealed that Aouissaoui had arrived on the island of Lampedusa in September onboard a boat of illegals; he had then been transferred to the port of Bari where Italian authorities identified him, took his mugshot, and simply let him free with a paper warning him to leave the country within seven days, but his movements were not monitored. His entry into France was facilitated by the identity card given to him by the Red Cross refugee Ngo. French police recovered several items that they said belonged to the suspect, including a Quran, three knives, and two cell phones.

Speculations, mainly coming from the Tunisian side, claim that Aouissaoui could have been radicalized in Italy because authorities back in his home country were not aware of him attending extremist circles. However, reconstructions and testimonies, mainly coming from French media and Tunisian sources, show an interesting background characterized by a transition from drugs and alcohol to strict religious practice and the presence of Salafi individuals who constantly met with the Nice terrorist. It is therefore appropriate to reconstruct Aouissaoui’s trip from Sfax to Nice and then examine the testimonies coming from Tunisia in order to obtain a clearer picture of the issue.

A quick reconstruction of Auoissaoui’s trip

Aouissaoui’s trip from Sfax to Nice has been well reconstructed and exposed in detail by Sicilian investigative journalist Mauro Indelicato for Italian national newspaper and site “Il Giornale” and it can be summarized in the following steps.

September 20th – Brahim Aouissaoui reaches Lampedusa onboard a small boat with approximately 20 other individuals (on that day the number of boats reaching the island was extremely high, with 26 vessels in 24 hours). Sources in Tunisia claimed that the boat had departed from Zebrata beach, south of Sfax. Due to the fact that the Contrada Imbriacola hotspot was overcrowded, he was moved to Porto Empedocle and placed onboard the ship “Rhapsody” to spend his quarantine period because of the Covid-19 epidemic.

October 8th – the ship “Rhapsody”, with 800 quarantined immigrants onboard, reaches the port of Bari.

October 9th – Brahim Aouissaoui is identified by Italian authorities and given a notice informing him of his expulsion from Italy for illegal entry. He had until October 9th to voluntarily return to Tunisia. At this point, the individual disappears from the radar as Italian authorities kept no track of Aouissaoui’s movements. Post-attack investigations indicated that after leaving Bari, he headed back to Sicily and reached the town of Alcamo where he was helped by the son of one of his mother’s friends who found him a job in an olive field.

October 26th – Brahim Aouissaoui boards a bus from Palermo to Rome and reaches destination the following day at 6:15 am (as caught by the station’s CCTV).

October 27th – The individual boards intercity train 510 from Rome’s Termini station (as caught by the station’s CCTV) and reaches Genoa at 4 pm.

October 28th – Aouissaoui is already in Nice and spends the night in a stairway inside a building, as he explains by phone to his mother.

Tunisian authorities claim that Brahim Aouissaoui was not known as a radicalized profile back in Tunisia, as exposed by Turkish news site TRT World: “Tunisian law enforcement officials have come to a common conclusion, which is more speculative than fact-based. It is that Brahim might have been radicalised in Italy as no evidence linking him to any terror group exists in Tunisia”.

Is it possible that Brahim Aouissaoui left the coasts of Tunisia with a perfectly normal state of mind, and in less than 40 days, moving from Sicily to Bari and back, mostly on board a ship or in the olive fields of Sicily, he became a ferocious jihadist ready to kill in cold blood and even behead an elderly woman? An option quite hard to believe.

At this point, it is worth recalling a series of testimonies made by several people who knew well Brahim, including his mother, his brothers and sister, his friends, and the shop owner who worked right next to Brahim’s clandestine gas pump in Sfax.

According to Brahim’s mother, Gamra, her son had begun to constantly pray approximately two years ago, giving up drinking alcohol and smoking. He had quit leaving the house after 8 pm and would not take anyone home. From time to time he would also pray at the nearby mosque.

A very strong change, considering that Brahim was known to spend most of his time with street friends, drinking alcohol and smoking marijuana.

His friend Ahmed also exposed how his friend Brahim had made some serious changes since 2019, spending a lot of time in his room praying and reading the Quran, which he defined as “his light” and “his guide”. According to Ahmed, he had also tried to grow a beard, without success and had become very jelous of his girlfriend, when she spoke to male friends. He confirmed Brahim attending one specific mosque considered close to the Muslim Brotherhood and his constant time spent at the gym training in combat sports.

Ahmed claimed that Brahim still had a few drinks from time to time, but very sporadically; something that was confirmed by his bar friends at the Café Kimou.

However, one very important testimony comes from Hassan, the shop owner who has his activity right next to the spot where Aouissaoui runt his clandestine gas pump. According to this man, Brahim had become close to a group of Salafi extremists who often came to visit him at the pump: “Ils arrivaient en fin d’après-midi quand la circulation est la plus dense, et donc les contacts plus discrets, pour des visites rapides de quelques dizaines de minutes mais fréquentes”. (They came in the late afternoon, when there is more traffic and the contacts are more discreet, for quick but constant visits).

Brahim had reached the point of avoiding interaction with the man’s wife and leaving the shop when on TV slightly undressed women were shown. He had also begun to start referring to the police as “taghout” (in Islamic terminology it indicates those who worship other than God and it is also applied to earthly tyrannical power).

According to a customer, one day in September, Brahim had been replaced at the gas pump by an individual with a long beard and a Salafi robe who has been indicated by Hassan as “the boss of the group that often came to see”. According to Hassan, this individual was often named by Aouissaoui as “notre Emir” (our Emir).

Two of Brahim’s sisters have also confirmed the existence of this “Emir”, who was supposed to take over his gas pump activity after his departure to Italy.

A few thoughts on the case

In Europe, such elements would have been immediately interpreted as red flags indicating a possible radicalization process in progress.

Additionally, it is important to keep in mind that Brahim Auoissaoui had been arrested twice, both times for fights. In one of the two cases, he had attacked a customer with a screwdriver, after a quarrel at the mechanic shop where he previously worked. As a consequence of the arrest, he was sent to a correctional center for minors. According to his former boss, Lotfi, Brahim hated the police and believed that he had been sentenced because the brother of the victim was a police agent’s brother.

As claimed by deputy prosecutor general at the Tunis court, Mohsen Dali, Brahim Aouissaoui has a criminal record of common law, violence, and drugs.

Considering all these elements, it might be extremely useful to dig deeper into his life in Sfax, Tunisia as the elements exposed above raise some very serious questions and challenge the theory that Brahim Aouissaoui’s radicalization process might have taken place in Italy.