On August 13, the US Department of Justice announced that the US government, through a multiagency effort, seized about $2 million in Bitcoin from accounts connected to Al Qaeda, Daesh, and the al-Qassam Brigades (i.e. Hamas’s paramilitary arm) and disrupted their terrorism financing cryptocurrency networks. END_OF_DOCUMENT_TOKEN_TO_BE_REPLACED

September 11 will surely be remembered as one of the most tragic events in the history of the United States. A surprise attack on American soil that caused death, destruction and injuries to the specific target locations, as well as trauma and shock to a whole population. END_OF_DOCUMENT_TOKEN_TO_BE_REPLACED

It was 15 years ago, since terrorism shaped global history and turned international terrorism into the number 1 security threat. The infamous attack remains a symbol of jihadist atrocity and a reminder of how even the mightiest military power on earth can be vulnerable. “Al –Qaeda” became a name to fear, perceived as the Lernean Hydra of terrorism, especially because it waged global jihad as an “umbrella network”, under which off-springs, cells and individuals could perpetrate attacks in a flexible way and without the conventional structural and operational limitations of the past. END_OF_DOCUMENT_TOKEN_TO_BE_REPLACED 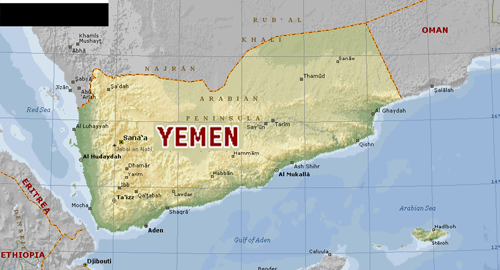 In Yemen, the intra-jihadi rivalry between al-Qa’ida in the Arabian Peninsula (AQAP) and local cells of the so-called Islamic State has been gaining momentum, exacerbated by the ongoing multilayered conflict in the country. Since the beginning of the crisis, jihadi networks were able to capitalize on security vacuum, local resentment against central institutions and the sectarian narrative promoted by Saudi Arabia and Iran as a power politics tool. Notwithstanding escalating “spectacular” attacks against Shia civilians and security/governmental forces, IS didn’t manage to challenge AQAP’s supremacy within the Yemeni jihadi camp so far. Nevertheless, the intra-jihadi rivalry is now on the rise, due to a gradual convergence in operational areas and targets between AQAP and IS. END_OF_DOCUMENT_TOKEN_TO_BE_REPLACED