In one day – on January 25 – two knife attacks took place in Europe.

In Germany, a knife-wielding man – allegedly of Palestinian origin – has fatally stabbed two people and injured seven others on a train in northern Germany before being grabbed by passengers and arrested by police. The event occurred shortly before a regional train traveling from Kiel to Hamburg arrived at the Brokstedt station. While Germany has not mentioned the word terrorism yet, the case of Spain seems to be slightly clearer.

Spanish authorities are investigating what they called a possible terrorist incident after a man attacked several people with a machete at two churches in the southern port city of Algeciras, killing at least one person. The man attacked clergymen at two different churches – San Isidro and Nuestra Senora de La Palma, and a source at Madrid’s High Court said the incident was being investigated as terrorism. Although police have not released details of the attacker’s name or nationality, local media said he was a 25-year-old Moroccan.

While being cautious and not rushing to talk about terrorism is completely understandable, the characteristics of many of these attacks are similar – and similarly alarming. The two most recent events alone, in Germany and Spain, bring to the fore some of the most crucial issues terrorism experts are now called to address.

First, the democratization of the threat, which is intensifying thanks to the increased ease of communication and reciprocal, continuous influencing among radicalized individuals.

Second, the expansion of copycat mechanisms that do not require any sort of structured interaction between perpetrators and prospective attackers: plain imitation is enough.

Third – as a consequence of the first two points – the absolute unpredictability of terrorism in 2023. This year, as of now, seems to be the climax of the so-called leaderless jihad.

The exploitation of cryptocurrency for terrorism purposes is an evolving threat. END_OF_DOCUMENT_TOKEN_TO_BE_REPLACED

The storming of the Capitol has left Americans and the whole world in shock.  Political analysts try to explain the severity of what took place and how it impacts democracy. However, there are points and lessons also regarding security, that can be of interest to Europeans. The following are examples. END_OF_DOCUMENT_TOKEN_TO_BE_REPLACED

In November 2020, following the terrorist attacks in France, Germany, and Austria, the European Council[i] END_OF_DOCUMENT_TOKEN_TO_BE_REPLACED

Unsurprisingly, the share of government expenditure grows when terror attacks occur as public spending on defense and security increases.[i] END_OF_DOCUMENT_TOKEN_TO_BE_REPLACED

Researches and surveys, so far, highlight how the negative impact of jihad on the EU economy creates a trickle-down effect on people and fields of business that can vary with the maturity of an economy but also with the nature and target of the attack. END_OF_DOCUMENT_TOKEN_TO_BE_REPLACED

Jihadist terrorist attacks perpetrated on European soil during the last months have heightened fears that a new terror wave could be building across the EU.[i] END_OF_DOCUMENT_TOKEN_TO_BE_REPLACED

The European Union was founded with the vision of unity for its Member States. Its supporters highlight exactly this also as the spirit governing its function. END_OF_DOCUMENT_TOKEN_TO_BE_REPLACED

There is strong international interest about the attempted coup that took place in Turkey on July 15th, Friday night. While many analysts examine the operational reasons that led to failure, the coup attempt itself is also of interest. There are implications for European policy that should be under consideration. They have to do not only with the possible future of Turkey inside the EU family, but also with how European countries will deal with matters of legal aftermath. END_OF_DOCUMENT_TOKEN_TO_BE_REPLACED 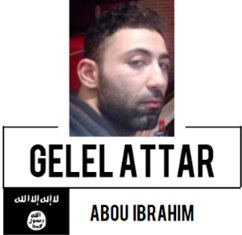