Over time cyberspace has become an increasingly relevant environment for Islamic terrorism. The advent of the self-proclaimed Islamic State (IS) in 2014 showed capability in exploiting jihadist propaganda and terror communication to radicalize and mobilize sympathizers globally. The digital arena has assumed a central role in the online jihadist movement. This centrality manifested itself in establishing an increasingly active Digital Caliphate declined in a community shape. The community’s members migrated on different digital platforms, consolidating mainly on Telegram between 2017 and the end of 2019 when the extremist digital community was hardly hit by a counterterrorism operation led by Europol. However, how was the Digital Caliphate organized on Telegram? Was there any leadership within this community? Who were the main actors’ part of it? How did the trust-building process work amongst strangers but close to the same extremist ideology? Furthermore, what were the expressive, communicative and symbolic features of the online jihadist culture? 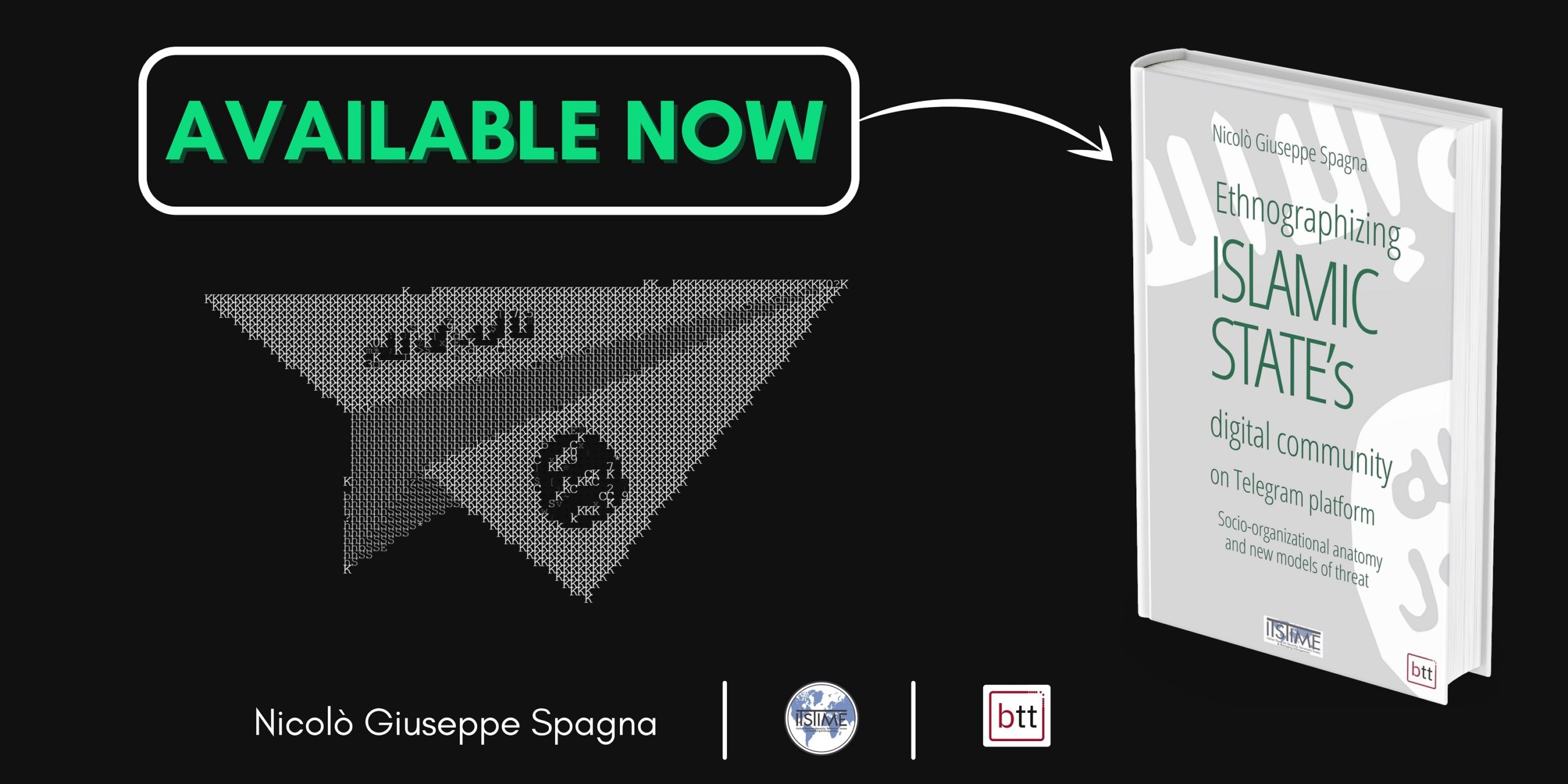 By applying digital ethnography through the covert participant observation lasting about two years within the pro-IS digital community on Telegram, this study seeks to provide an insight into the social, cultural and organizational anatomy of the Digital Caliphate and its members by identifying a possible organizational model. Extensive reflection was also dedicated to the ethical dimension; thus, the potentiality emerged from applying the ethnographic approach when considered a counterterrorism tool called “Digital Humint”. The “Think Terrorist” approach, a process that immerses the researcher within the extremist perspective, is not limited to being an academic exercise but becomes an analysis tool that helps identify future threats. Interpreting the jihadist ecosystems and the role of technology increases our understanding and provides new insights for future prevention strategies. That is the challenge that poses academics and law enforcement agencies as increasingly converging actors in fighting against terrorism.