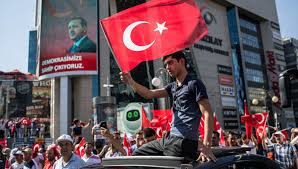 There is strong international interest about the attempted coup that took place in Turkey on July 15th, Friday night. While many analysts examine the operational reasons that led to failure, the coup attempt itself is also of interest. There are implications for European policy that should be under consideration. They have to do not only with the possible future of Turkey inside the EU family, but also with how European countries will deal with matters of legal aftermath.

The following are some first points of consideration:

Turkish modern state history is not a stranger to military dictatorships and the threat of a military intervention has always played a role in the politics of the country. Even the characterized as “post modern” intervention of February 28th 1997 (since there was no violence) led to governmental changes, showing the power of the Turkish military. Some argue that the failure of the recent coup could have the meaning that things have changed and the interference of the army cannot carry anymore the weight it did in the past.  Only the future of Turkish politics will show if the above argument is true.

[1] About the charges the 8 soldiers face in Greece, see the online article of Real News, http://www.real.gr/DefaultArthro.aspx?page=arthro&id=523125&catID=3 (in Greek).

[2] On the diplomatic level and political implications, indicatively from the Greek new the article of Newspaper “Kathimerini”, http://www.kathimerini.gr/867734/article/epikairothta/politikh/kotzias-symfwna-me-thn-ellhnikh-kai-die8nh-nomo8esia-h-e3etash-toy-aithmatos-asyloy (in Greek).