info@itstime.it
ITSTIME > Announce > The Other Side of Resilience to Terrorism – by Barbara Lucini

A new book on Resilience and Terrorism in the cities by Barbara Lucini: “The Other Side of Resilience to Terrorism”. This book contemplates the investigation of the links among Islamic terrorism threats and the related resilience to terrorism. It is based on the assumption that the reasons for the latest and dramatic terrorism attacks perpetrated by the Islamic State in Paris (2015) and Brussels (2016) need to be explored better through sociological insights and their connections with the sociocultural and urban backgrounds of the cities themselves. The consideration of the resilience within the terrorism framework has to be analysed according to their multiple undertones, such as public, social, cultural and urban resilience. This book can be though of as a turning point in the current research on terrorism threats because it proposes a different approach to understanding these threats and the potential resilience applied to the prevention, preparednessand response phases. (See on Amazon) 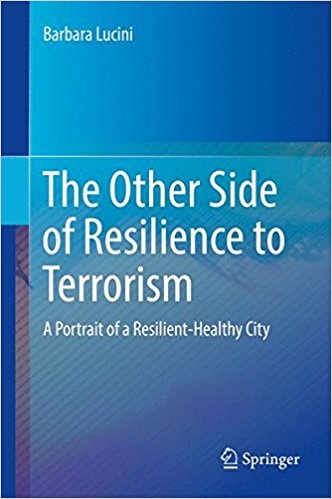