info@itstime.it
ITSTIME > Crisis Management > The relationship among Photos, Disasters and other Crises – by Barbara Lucini 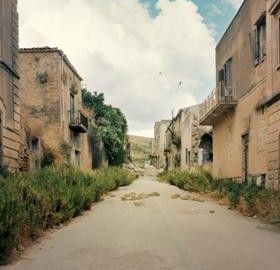 A saying states that “a picture is worth a thousand words” and all of us can concur with it, especially after the Instagram and the other apps spreading the power of the images in the world would it be real or virtual.

An underestimated area of interest is that refers to documentary photography focusing on the social aims that a picture can achieve.

In particular, the idea to focus on the pictures representing natural disasters and how the people cope with them is overwhelming and timely.

Many people all over the world are facing severe disasters, both natural and caused by human actions, or as a result of cascading effects and what is more dramatic is that the impacts on the population are still too dramatic and impressive.

I trust the power of the pictures to support not only the individual or community resilience, but also to share social inequalities enhancing social awareness and practical response to crises and disasters.

We need to look at the “otherness” and the different situation people are living in the aftermath of a disaster to fully comprehend the marginal situation and the degradation of the blindness, we are being used to.

I also think that the practitioners, emergency volunteers as well as civil protection agencies can take advantage from the consideration and the use of pictures in their work both for prevention and preparedness activities.

These are also the main missions of IDRA, Itstime Disaster Resilience Action, a permanent research project aimed at enhancing social and institutional awareness on disaster resilience, risk awareness, disaster preparedness and the fundamental role of prevention, a never ending neglected phase of a resilient and efficient risk and crisis management.

I would now introduce an interview with Francesca Cao an Italian photographer who documented the aftermath of the Italian earthquakes where the reconstruction wasn’t completed, analyzing the relationship between disasters, crises and photos. She shows us also the value of documentary photography in the area of disasters, crisis and humanitarian crises through her project “Temporary Life”  now a book project seeking for funds. (for more information: “Temporary Life”). For more information

You can define Documentary photography like the discipline that explores in depth specific subjects that regard news stories, getting closer to the subject. Talking about disasters, a different approach from the classic photojournalistic story, that takes time working longer in the area, is able to tell us more about the resilience of mankind. I find very interesting to document the reconstruction because I like how people reacted to the tragedy finding ways to survive. Photographing how mankind can survive to loss, got me stronger and I think that it’s an important historical document for the population to remember  the tragedy but also to go on living their lives.

Documentary photography has a very wide meaning so it is about every photographer sensitivity. Although I feel there are some rules that are fundamental for every story to be accomplished, such as consistency and construction of the story.

It all started in 2009 when I went to photograph after the L’Aquila earthquake. Starting from there I begun getting interested on reconstruction and I started to look for people that where still suffering of the consequences of the tragedies. That’s when I initially met Ernestina Cristian, a lady that had been leaving in an asbestos living container for almost thirty years. The good news is that at the end of the year that I have been photographing her, the civil protection gave her a wooden house. From there I started my trip that finished two years later exactly where it started: in L’Aquila, where after almost three years very little was changed.

Of course It would be interesting to document every kind of resilience after any disaster because the battle against nature it’s the most primordial instinct that we have as human beings.

I believe there is a lot that can be done , especially with Instagram, the social network that allows you to share pictures. First of all taking pictures after an earthquake it’s a good way to overtake a traumatic event because it creates distance between the subject and the trauma. Secondly it can be a good way to map the territory that was hit by the earthquake in order to evaluate the damages, considering also the spatial perception of the population and their sense of belonging. A very interesting idea could be the creation of a new Application for smartphones where people could share photographs and thoughts about natural disasters. In my experience it’s very important for the victims to share their experience with people they know, and this is often very difficult because of the disaster management organization and the difficulties of relating to the civil protection volunteers. So having a virtual space could be positive on a side because helps them unloading their emotions, on the other for the authenticity of the statement.

According to Carl Jung, the art piece is a product that goes beyond the person itself because its meaning is not to investigate on the personal condition that produced it. This happens because the art production goes beyond the single person, so if we look at photography as an artistic creation we can easily understand the universality of certain kinds of images and why they have such a deep impact on the collectivity. In fact the pictures are the representation of feelings that often tell so much more of the story that the photographer is stating.

Originally, when newspapers where the only way to be informed about the news, there was the idea that telling people about certain topics was a way to social change. That’s why photojournalists where pushed in taking what was called “the money shot”, but in time death and blood became routine and the people are getting use to the worst kind of tragedies. So I think the idea to get everything in front of the camera is shifting and is raising the idea that you don’t need to show every atrocity to tell the story.

I would give to these two questions the same answer: because in modern societies the use of smartphones in sharing pictures caused the fact that we are constantly exposed to images and on the other side an overloading of information. Main news are nowadays  on line and newspapers are able to publish almost instantaneously an incredible amount of news. This causes inevitably that the public gets used to the worst images and in a way becomes less aware and  impressionable.

Well it is not a secret that the “blood pictures” sell better in the photography market than the positive ones. I think this happens because there is the conviction that people are more sensitive to the subject when they see blood. Good feelings are considered less affective and those kind of pictures get less space on the news.

I feel there is a good number of photographers working on disasters, but often these projects get a very little space on the newspapers, because of editorial decisions. In my opinion is very sad how the main media don’t give space to social issues anymore, again there is the conviction that these kind of pictures are not “glamour” enough. Social documentary photography has a big aim: raising social awareness through photography, but if there is no response on the media we are greatly missing the point and consequently losing the faith that social change may actually happen.

[1] Francesca Cao is an Italian photographer based in Milano. Francesca is specialized in Documentary Photography and Photojournalism, but also works as a commercial photographer in the Event reportage and Food. After graduating in Philosophy in Milano she moves to New York to attend the International Center of Photography. Since 2007 she has worked as a freelance photographer, she worked for magazines and newspapers as The New York Times, Il Corriere della Sera, D la Repubblica delle donne, Wired and Marie Claire. For her personal work she had several acknowledgements such as the Tierney fellowship, the selection for the Inge Morath award and her projects where exposed in Italy, Europe and in the United States. Her latest work, Temporary Life, is about the unfinished post-seismic reconstruction. This project is an exhibition and a dummy book curated by Irene Alison (DER*LAB) that was exposed in Milano, Rome and the Savignano photography festival. The dummy book was finalist at the Unseen Dummy Award in Amsterdam and is now an editorial project with the Italian publisher Postcart.