info@itstime.it
ITSTIME > Terrorism > Attack at the Ataturk Airport in Istanbul: a first comment (Attacco a Istanbul) – by Maria. Chr. Alvanou

The double suicide attack tonight at the Ataturk airport in Istanbul came unfortunately as no surprise to those dealing with the assessment of terrorist threats. For months now governments all over the world have put a raised travel advisory on Turkey, because of recent attacks in Istanbul and Ankara. It is a tragedy expected in the campaign of terror that has started for some time now in the country.

A first comment that could be made is that Turkey due to its geographical position and internal issues with the Kurds shows an originality regarding suicide attacks. When talking about the suicide attack threat in Europe, immediately this operational method is connected to the islamist extremist network and currently to the Islamic State murderous activities. No one expects to relate for example the danger of suicide attacker in Spain with “ETA”, in Greece with the “Nuclei of Fire”, etc. Though there are no red lines in terrorist tactics, suicide operations seem to be out of the expected program for the domestic, secular and /or national liberational groups. They are perceived as “martyrdom” operations, linked to religious extremists sacrificing their lives. And this makes the work of counter terrorism officials more easy. But in Turkey the case is not the same. When a suicide attack takes place it is not just the Islamic State than could be the guilty part. “PKK” has a longstanding tradition in suicide operations (also using women as operatives) in Turkey, as well as other groups, linked with the kurdish goals, despite no links to religion and the islamist network. Apart from declarations of claiming responsibility (which are surely a much more certain way to figure out the operatives of the attacks), usually another tip that could lead and give hints about who is behind a hit has to do with the target. “PKK” and affiliate groups want to target Turkey as a state, so acts against its infrastructure and officials or citizens. It is not in the interest of “PKK” and other kurdish organizations to target directly foreigners, like international tourists. Something like this would work also against the attempts of the Kurds to raise sympathy to their cause from the outside. Nevertheless, because in terrorism things often are more blur than cleancut, the results of the counter-terrorism officials research in Turkey as well as a responsibility claim are essential for any further comment on who organized the attack. 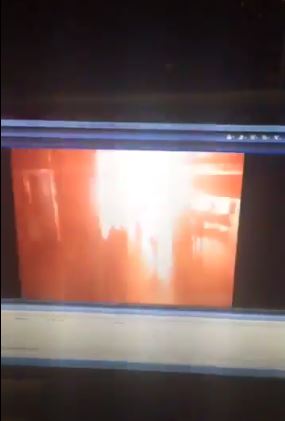 As the above research is ongoing for the circumstances of the blasts at the airport, from what news broadcast, the attackers were armed, gunshots were heard and the bombs seem to have been  detonated before the security gates. The airport remains a very vulnerable target and a favourite option for terrorists. The situational prevention measures employed in most airports cannot but secure and protect only certain areas. The terrorists can always detonate a bomb or open fire before the security gates, before the entrance or even at checkpoints in roads leading to the airport. So while practical security measures are indeed essential and they can save critical infrastructure, while trained snipers can in some cases decisively intervene, no flight and no airport can really be secured without good intelligence. And tragically human victims can rarely be avoided if terrorists wish to spread death.

Turkey has one of the most strict legislations to counter terrorism, one that has raised also concerns and comments regarding civil liberties. Yet it seems-once again- that  a tough legislation is not enough to fight terrorism. Tailormade programs scheduled for the specific needs of Turkey in order to prevent  radicalization and deradicalize those already engaged in terror nets are needed to be put in action immediately. Additionally, for us in Europe this hit is one of utmost interest. Not only because Europeans choose Turkey as a preferred holiday location, not only because of human solidarity, but also because of our own security interests. Turkey is a neighbouring country to Europe, the hall before its gate. When your neighbour’s house is on fire, you must also be prepared for your own house.