info@itstime.it
ITSTIME > Terrorism > Keeping on connecting the dots, interesting pieces to look at – by Marco Miolino 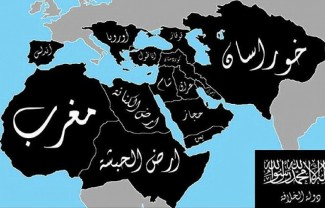 Interestingly, looking at the bigger picture, something seems to be on the move, quickly, especially within the terrorist constellation, quite striking, when the Caliphate is engaged on different fronts. The Thursday US special forces (Delta force) and Kurdish militias hostages rescue operation in Hawija, showed a clear change (although officially denied) in the US counter-terrorism policy in ME (when Russia seems to getting the regional upper hand, with a diplomatic rhetoric much more focused on jointly fight terrorism), then Aleppo, Raqqa and Ramadi, this time, may all be part of a much more pragmatic action, now that there are troops, Quds (Iran), Russians, Iraqis and Hezbollah (Lebanon), at least, on the ground.Boko Haram is expanding its operations beyond Nigeria, in Chad and Cameroon (despite the recent displacement of some 300 US troops there), the Caliphate released videos exploiting and inciting escalations in renovated Israeli Palestinian tensions, counting on a flow of fighters allegedly coming from Palestine, while,  Pakistan is rising important concerns.

President Obama met Sharif (the Pakistani leader) on Thursday to discuss, beyond hostages rescue cooperation, the Pakistani dangerous nuclear arsenal, with a focus on its small tactical nuclear weapons, given the US well-founded fear to see the mentioned weaponry accidentally falling in wrong extremist hands, and in Pakistan the environment is rather explosive.

The biggest and deadliest among those groups is the Sunni TTP, also known as Pakistani Talibans, its leader is Maulana Fazlullah, it counts more than 30.000 operatives, acting along all the seven FATA’s tribal agencies and including other smaller Pakistani Sunni terrorist groups.

Moreover, Sunni terrorist organisations, there, used to be loyal to the Mullah Omar and hence to Al Qaeda (although silently supporting IS operations against Shia Muslims).

Recently, following internal conflicts, a number of groups separated from the TTP leadership, starting to explore new transnational partners, while, three of them pledged allegiance to Daesh:

The alliance is explained by the fact that IS is, today, a rich (funding) and cool organisation among terrorist groups and includes, into its territorial strategy, Pakistan with the name Wilayat Khurasan or Khorasan province, and those groups aim at receiving a kind of exclusive territorial patronage there, here is why the strong emphasis on impressing.

Concluding, the situation is evolving and inflammable, here at ITSTIME we keep on monitoring…