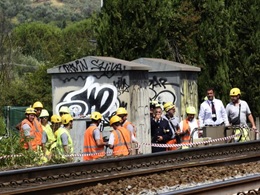 As explained by the Christchurch shooter in his manifesto, the rejection of paying taxes is defined as “a sign of racial loyalty”. From this perspective, circumventing the tax system is depicted as a way to sustain the ethno-nationalist cause: a fight for a nation which is defined in terms of assumed blood ties and ethnicity.[i] END_OF_DOCUMENT_TOKEN_TO_BE_REPLACED 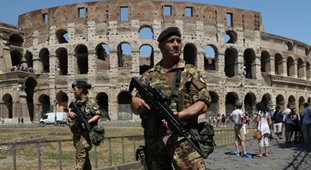 March 15, 2017: a package with an explosive mechanism mailed from Greece and addressed to german minister Wolfgang Schäuble was detected by german authorities. The name of a prominent New Democracy (main opposition party) parliament member and ex-minister was written on the package as “sender”.  The anarchist-extremist organization “Conspiracy of Cells of Fire” (CCF, in Greek: Συνωμοσία Πυρήνων της Φωτιάς, ΣΠΦ) claimed responsibility of the operation and while it did not yet issued a manifesto, it published the following short text in an antiestablishment website[1]: END_OF_DOCUMENT_TOKEN_TO_BE_REPLACED