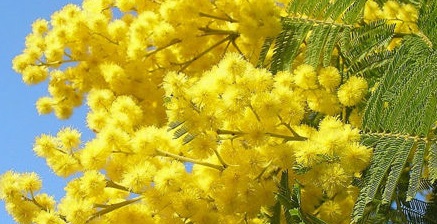 Security is believed by many to be exausted in terrorism, extremist violence and any violence that targets public order. Thus any policy regarding safeguarding security is designed towards countering the above threats. However, crime is also a security threat and one of great significance for citizens, as it can affect their quality of everyday life. Furthermore, certain categories of crimes, like several forms of violence against women constitute also a security issue.

Today, the 8th of March, is the celebration of  the International Day of Women. To some people such a special day may seem bizarre, even pointless. However this day is in our calendar to remind us- through celebration- some sad facts and the need to change them. Half of human population is women. Yet this half of the human population is victimized daily in different parts of the world and in different ways.

Cultural norms in some countries have created the background for women to be treated like second class citizens, like children of a lesser God. Actually in some cultures there are «children» (meaning boys) and girls, that are somewhat of a misfortune to be born and mothers to be are even pressed to abort them while they can. This is because girls are viewed as a burden, financial (they need dowry to get married) but also for the honour of a family. A girl that will defy with her behavior the moral standards of society taints the whole family, the whole clan. She brings shame to all. Thus, it is a blessing for a couple to have a boy and somewhat of a «curse» to have a girl. Moreover, women can be generally discouraged officially by laws or unofficially by tradition to socialize and participate in life events freely, without male supervision and to be part of the political life of a country and enjoy the same rights with men. Even clothing is dictated,, with obligatory covering sometimes of the whole female body and face, taking away from women the right to decide on their own about how they wish to express their faith by dressing.

If the above appear far from our lives in the West, we can not really boast either about true equality between men and women. Although riding a bus will not lead to gang rape, like the infamous case some years ago in India[1], women in the West do not enjoy freedom from sexual assault[2]. Rape is still a danger women learn to live with and in some cases try to find ways to be ready to protect themselves from attacks[3]. Additionally, they still undergo torturous legal procedures in court, where they must convince judges and jurors they are not elephants, they have not «provoked» the perpetrator, they are not responsible for what happened to them[4]. Rape is an example, an expression of power dynamics still existent in societies and influenced by patriarchy that defines women as the “weaker sex”, prey to male sexual desires that must be fulfilled and of course restricting female sexuality.

Above all, what we cannot be proud of- even if we live in progressive countries, part of the «modern world»- is the situation of domestic violence against women. Despite the Istanbul Convention, despite laws that criminalize the phenomenon, the statistics (that show only the tip of the iceberg, because much of such violence doesn’t get reported) women get victimized «in the safety of their home»[5]. It is the family nest that becomes a boxing ring and women get beaten up, even killed. The system, especially law enforcement, often downplays the danger and is reluctant to intervene, despite the legal framework demanding that they should. Reports show that in the UK (a country that has had female prime ministers) women are more likely to be killed by their current or ex partner[6]. Femicide is homicide, but it has a gender parameter that cannot be overlooked: men perceive their victims as their «property», inferior and subject to punishment, creatures that they have a right of life and death over them.

While there are suggestions that countering the violence against women needs to focus on offenders[7], we need general change in societies and empowering women more. It must be common perception that rape and violence have no excuses and they are not connected to any type of provocation by victims. Rape is not sex and violence is not a way for men to «discipline» women or show their disapproval and disagreement with them. Even more, women must be able effectively to denounce their victimization to law enforcement that will not discourage them[8] and shall protect them. But above all women should be able to leave abusive relationships and even not enter them in the first place, without guilt. The milestones women are required to reach in our societies are still traditional. Women should be married, in a realtionship, as well as to be divorced or single constitutes a failure, regardless of succes in other fileds of life. A lousy, violent partner is better than no partner. Women decide to endure suffering at home, to be even a punching bag, sometimes not because they cannot financially cope an independent, safe life, but in order not  to be looked down by society as failures. They are told that as good mothers they must not «break» their families and let their children be without a father. Thus, a “good mother” becomes actually in the eyes of her children the sad spectacle of a victim. Plus, children experience violence, trauma and enter a circle of violence not easy to escape from even in future adulthood.

Recently an article was published in the UK suggesting that- according to a campaign- domestic violence kills 15 times as many people in Britain as terrorism does and the vast majority of the victims are women[9]. So although terrorism is the crime highest on the security agenda of the UK (and other countries for that matter), in real numbers domestic violence against women is far more of a serious security threat for women, thus for citizens. Beacuse women should count as citizens. The security of women must become a priority, as it regards the security of citizens.

This year during the International Day of Women let’s not limit celebrations to buying flowers, chocolates and presents, to going out and partying. All these are nice, but in order for the celebration to truly matte, lett’s try to take steps towards changing the perception of security in a way that creates a safer world for women. Security in societies doesn’t mean just countering terrorism. It indeed means also women who are secure, safe in their everyday life, who can enjoy life without restrictions and threats of violence against them because of their gender. The security of women is indeed a serious indicator of a country’s security.

[2] Indicatively see the recent reserch https://ec.europa.eu/fpi/news/new-survey-reveals-violence-against-women_en as well as the following research generally on gender violence in regard also with the phenomenon of poverty as experienced in Europe, https://www.google.com/url?sa=t&source=web&rct=j&url=https://www.eapn.eu/wp-content/uploads/2019/07/EAPN-Gender-violence-and-poverty-Final-web-3696.pdf&ved=2ahUKEwj_7YKf_4joAhUO3KQKHTSxB0YQFjAHegQICRAB&usg=AOvVaw1AacJuGCHQuzpQDQXivCmf&cshid=1583606158618

[4] One of the raped cases that has troubled Spain and feminist organizations worldwide has been the «La Manada» («the Wolfpack») which has been a «legal thriller», https://www.theguardian.com/commentisfree/2019/jun/25/wolf-pack-case-spanish-women-overturning-verdict-rape-trial

[8] As women unfortunately not so sheldom descibe their experience with the police trying to denkunce what happened to them.