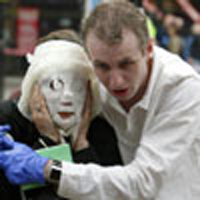 Since the ‘80s and onwards, the crime victim received particular attention in criminal policy and subsequently also in criminal legislation. This led to legislation protective regarding possible adverse impacts of criminal proceedings and supportive regarding compensation of material and immaterial losses caused. During the ‘70s, terrorism- then found mostly in the form of national, separatist and political terrorism- started to trouble European countries. The policy response was more or less restricted to tailoring police and criminal procedure laws to the new demands placed on law enforcement. It was only after the attack on the World Trade Center on 9/11 with its devastating consequences for civil society and the extreme toll on human lives, that more attention has been devoted to the question of how victims of terrorist attacks can be better accommodated. This process has been accelerated by the terrorist acts in Madrid in 2004 and London in 2005.