From the second half of the the years ’90s, we are assisting to a progressive internationalization of ‘Terror(ism)’, through the diffusion on a large scale fo the New Technology as an essential component of our lives. National and International Terriorism, in fact, has found a great ally in technological instruments and, in particular, Internet, since they guarantee a high level of anonymity and they respresent new channels of communication, essential to keep internal contacts among the members of a single terrorist organization and they are fundamental instruments also to develop an international network of connectio

ns both for idelogogical support, as well as for massive recruitment campaign. New technology has also developed new and more aggresive “technological weapons” (mass-destruction armaments and CBRNE weapons), used by the criminal terrorist organizations for creating new and alternative forms of blackmailing the International Institutions and the ‘Civil Society’. These armaments are also considered a new source of raising funds for financing terrorism, because of the illegal trade of toxic and nuclear material. The time is mature for clarifying the concrete subversive capability of the several Terrorist movements that at a National-Intentional level represents a menace to the ‘global security’, in the light also of the fact that New Technology has progressively contributed in creating a world without spatial and temporal frontiers, through Internet and the technological instruments. This research also has the aim to develop a new program of prevention/repression strategy against Terrorism in any form and idelogical identity, to shorten the distance between the Terrorist phenomenon and the capability of the International Society to prevent and control this ‘pathological’ problem, using the same technological instruments exploited by Terrorism: from an ‘asymmetric war’ to a more and more ‘symmetrical war’, where the battle-field is the the Informational Technology. 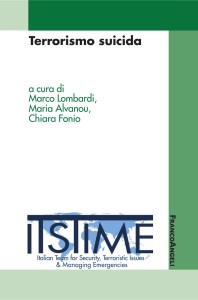 December 2008 – Riots in Greece: Law, Order and the Police, by Maria Alvanou says that the riots that followed the recent police shooting of a Greek teenager in a troubled district of Athens highlight major problems facing Greek police forces and the need for tougher legislation and implementation of laws against police brutality and abuses. On December 6, a 15 year-old boy named Alexandros Grigoropoulos was shot dead by a special guard of the police force patrolling with his colleague in the Exarheia district of Athens. This tragic event led to student and youth protests that escalated into rioting and looting by anarchists in almost all cities of Greece. More then a week later unrest continues, with Athens looking like a war zone. There seems to be no end to violence and there are serious political and social issues involved…..

The attacks in Mumbai were named by many the 9/11 of India. Not without reason, since it was a mega-hit that will constitute a landmark in the history of terrorism, because of the horror it caused. India certainly constitutes the target of terrorist activities for years now and for this reason the authorities of the country collaborate for their counterterrorism strategy and training with the Israelis (considered specialists in this sector).  However, the  simultaneous attacks in  hotels and the Jewish religious centre, the kidnapping and killing in cold blood of tourists left the world speechless watching this new show of terror in the international scene.

END_OF_DOCUMENT_TOKEN_TO_BE_REPLACED 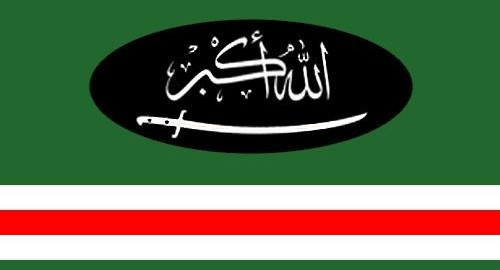 Caucasian Emirate was created on October 31, 2007 by the former president of the Chechen Republic of Ichkeria, Doku Umarov. He abolished the Chechen Republic of Ichkeria and its presidency, and turned Ichkeria into one of the provinces of the Caucasian Emirate. Besides the province of Chechnya, the Caucasian Emirate is composed of the following (Wilayahs), provinces: Igushetia, Dagestan, Ossetia, Kabardino-Balkaria and Karachay Cherkessia, Stavropol Krai, inhabited by the Nogay people.